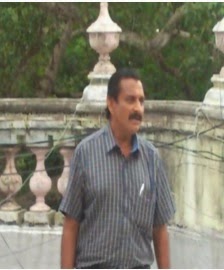 Shri. M. Sreekantan Nair, Engineering Assistant is retiring from service on 31.08.2014 after completing an illustrious service of 28 Years in Akashvani. He started his journey as Technician in Akashvani, Thiruvananthapuram on 27.12.1985. Later on he was transferred to LPT, Idukki in 1989. LPT, Idukki was commissioned in 1989. In due course he got promoted as Senior Technician at LPT, Idukki itself and he served there till 1993. In 1993, he was transferred to AIR, Thiruvananthapuram. He served in AIR, Thiruvananthapuram from 1993 to 2004 and was shifted to AIR, Devikulam in the year 2004. He was promoted as Engineering Assistant in the year 2005 while working at Devikulam and was transferred to AIR, Thiruvananthapuram. He is known as a O.B. Specialist in Akashvani because he used to cover almost all the major O.B.’s including VIP O.B.’s with very ease. All other team members of an OB team felt assured because of his presence. His technical knowledge was very sound and many times he would solve various problems with ease. His experience is an asset to our department.

Prior to joining Akashvani, he served in Crops of Signals, Indian Army as Signal Man, Trade : EFS. He joined Army on 16/11/1973 and retired on 31/03/1982. Later on he worked couple of months in Directorate of Health Service, Kerala Government in the year 1985.

Information about other retiring officers (of all grades and disciplines) may be added on the blog. Please mail details of retiring friends from your station to pbparivar@gmail.com Retiring friends may also like to address their friends through this blog for which they can send their photo & write-ups to pbparivar@gmail.com   for possible upload on the blog.