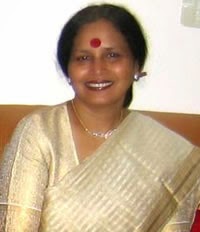 Smt. Vijaya Laxmi Chhabra Director General Doordarshan is retiring on superannuation on 31.03.2015. Smt. Chhabra had taken over the Charge of DG, Doordarshan in July 2014 and had a very successful tenure. Earlier She had worked as ADG (programmes) in All India Radio and had served a long innings at Regional office Mumbai and later as Additional General Programme at AIR HQ, Akashvani Bhavan New Delhi.

Smt. Chhabra has been associated with AIR and Doordarshan in senior managerial capacities for over 33 years. During this period, she undertook several assignments such as creative content production in Hindi and English, channel marketing of AIR and Doordarshan, human resources, planning and organisational development. She specialised as a Features/ Documentaries producer while working at All India Radio, Delhi and Mumbai.

Prasar Bharati Parivar extends it's best wishes to Mrs. Chhabra for a happy life ahead. You can also wish her by posting your comments below this post.
Posted by PB Pariwar at 5:59 PM 1 comment: 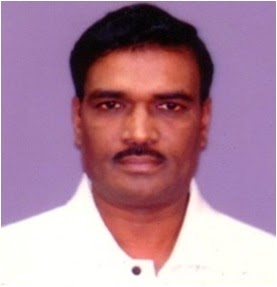 Shri. K.Chandran, Engineering Assistant is retiring on attaining the age on superannuation today ie., 31.03.2015.The Officer has put in more than 38 years of eventful Service at various All India Radio and Doordarshan Centres across southern states.

Information about other retiring officers (of all grades and disciplines) may be added on the blog. Please mail details of retiring friends from your station to pbparivar@gmail.com
Retiring friends may also like to address their friends through this blog for which they can send their photo & write-ups to pbparivar@gmail.com for possible upload on the blog. 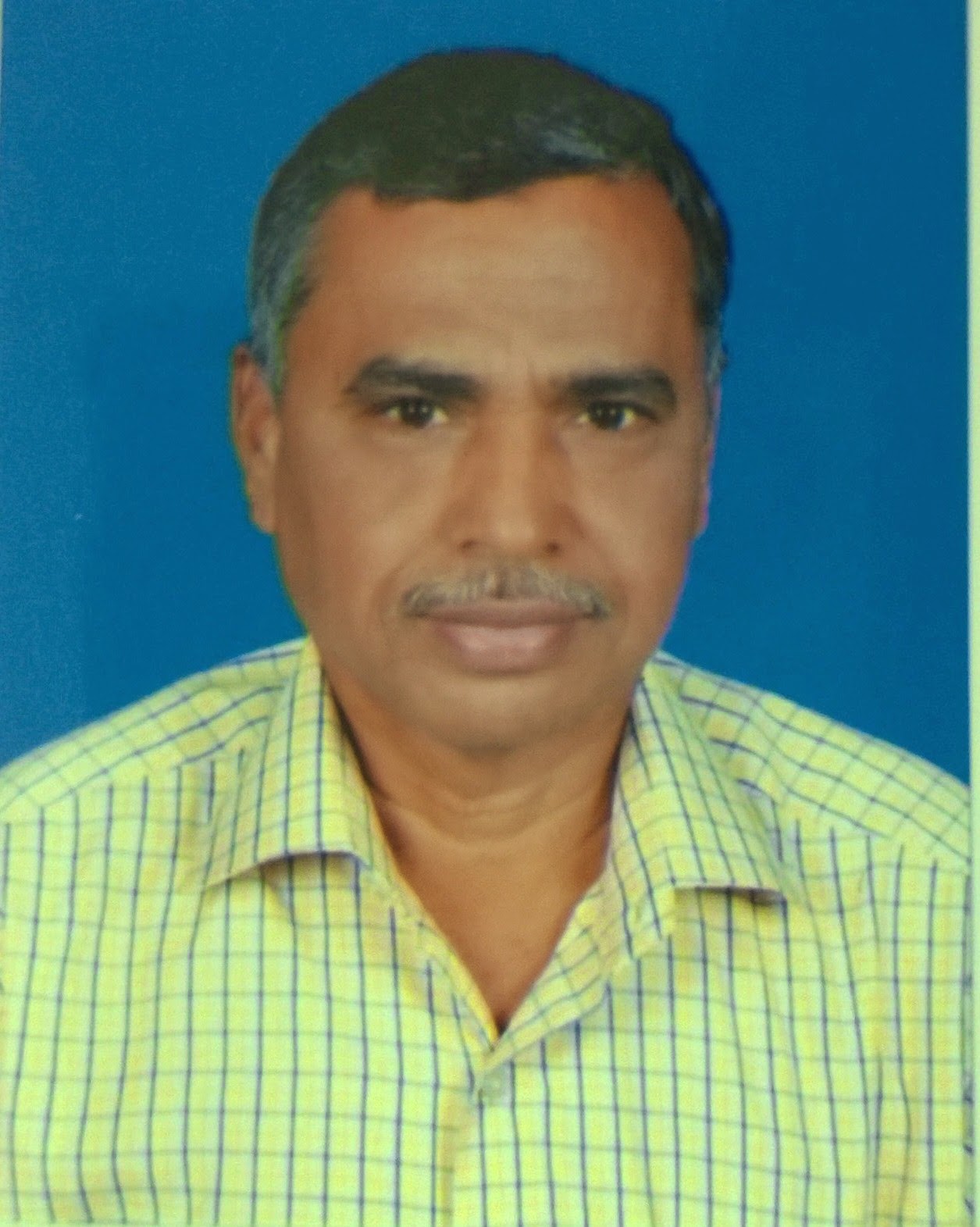 Shri Y.Lakshmana Swamy , U.D.C of Doordarshan( HPT), Visakhapatnam is retiring on 31.03.2015. He joined the Govt service on 14.11.1979 as L.D.C in CSCS cadre in Main secretariat of MIN of I&B New Delhi. On request he was transferred to DMC Rajahmundry in 1984. On promotion to U.D.C he was transferred to AIR Anantapur in the year 1991. Finally he joined Doordarshan HPT, Visakhapatnam on15/3/1993.

He was a sincere and dedicated staff member and a very positive minded person. He was actively involved in the national games and the south zone zonal meet at Visakhapatnam for coordination,purchases etc . Due to his active involvement in Hindi implementation, HPT Visakhapatnam received a medal from town hindi implementation committee. He nurtured his children well as a result one of his daughter studied in IIM Lucknow and another daughter doing final BSC but secured three jobs in the campus selections. All our wishes for his good health, wealth and happy retirement life. His mobile no 09705021093.

Information about other retiring officers (of all grades and disciplines) may be added on the blog. Please mail details of retiring friends from your station to pbparivar@gmail.com
Contributed By :- Shri. C.Subbarao, DIR.(E), DDK(HPT),Visakhapatna. ;hpt.vizag@gmail.com 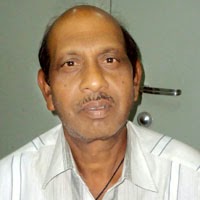 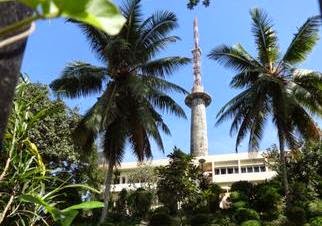 AIR Transmission survived when all other FMs went Off for more than 24 hours. A Big hand for engineers at FM Transmitter AIR Thiruvanthapuram, who worked swiftly and went on an alternative single dipole antenna to restore Akashvani FM services. Here is a small but encouraging news for Akashvani Thiruvanthapuram Parivar ...

Regular FM radio listeners in the city were greeted with silence when they tuned in to their favourite stations on Sunday (29 March) evening. A lightning strike on the transmission antenna at Kudappanakkunnu at 5.30 p.m. on Sunday disrupted broadcast from all the private FM stations. Transmission was restored around 6 p.m. on Monday. The private FM stations work on a tower-sharing arrangement with All India Radio (AIR) and transmit from a common antenna.

AIR’s transmission was not affected as it had a stand-by arrangement. 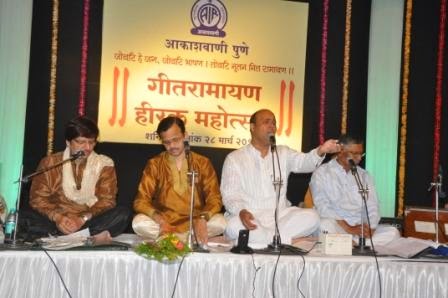 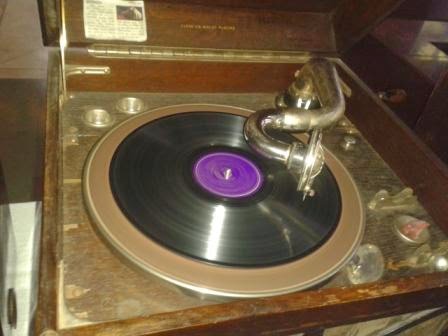 Posted by Abdulrajak Hebbalkar at 9:29 AM No comments:


Prasar Bharati Parivar wishes him a very happy, healthy, peaceful and contended retired life.
Information about other retiring officers (of all grades and disciplines) may be added on the blog. Please mail details of retiring friends from your station to pbparivar@gmail.com Retiring friends may also like to address their friends through this blog for which they can send their photo & write-ups to pbparivar@gmail.com for possible upload on the blog.

Posted by PRASAD KARADKAR at 8:00 AM No comments: 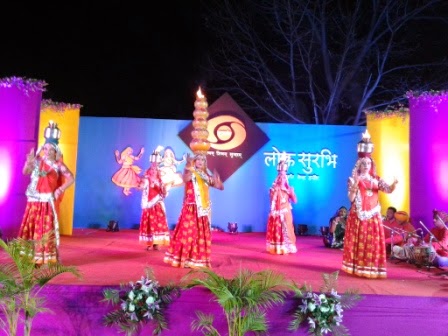 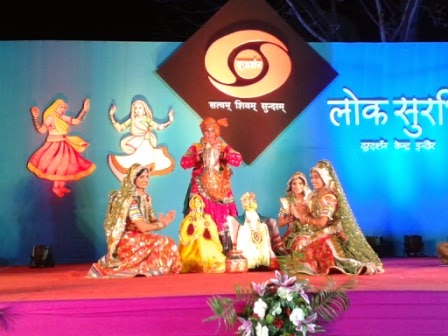 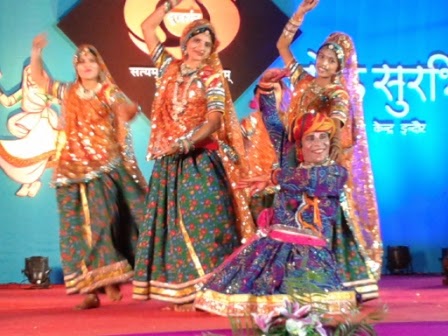 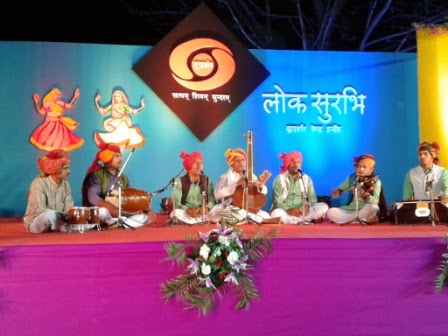 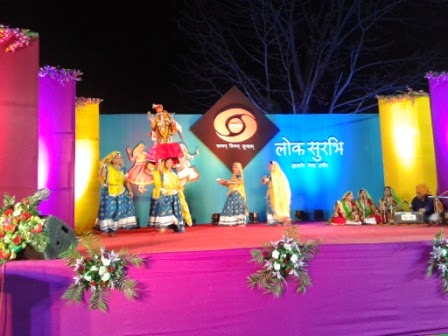 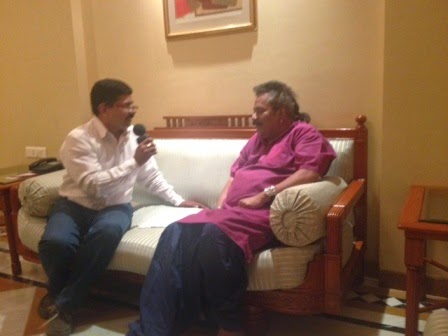 Contributed By :- Shri. Bhanu Purohit. purohit.bhanu@yahoo.com
Posted by PRASAD KARADKAR at 6:30 AM No comments:

Celebrating 75 years of External Services Division and 50 years of Urdu Service of All India Radio, Akashwani chose Jammu as a venue for two day theatre festival Natyoutsav in collaboration with Radio Kashmir Jammu.
Set in the backdrop of World Theatre day, the festival began with enactment of the play Ek Kutte Ki Kahani presented by Wings Cultural Society Delhi on Saturday, the 28th of March at general zorawar singh auditorium. The play was directed by Salima Raza. Writer Sadat Hasan Manto wrote a famous short story ‘ Tithwal ka Kutta’ highlighting the future of armed conflict between the two neighbouring countries. This play highlighted the doubts which Manto had about the future of Arts & Literature in Pakistan. The story of the play was written by Danish Iqbal and very skilfully knitted some other famous stories of Manto including Kaali salwar and Thanda Gosht in the play. Assistant Director of the play Tarique Hamid brought alive the complex character of Sadat Hassan Manto on the stage with his flawless acting was given a standing ovation by the audience after the play. The play was received very well by an overwhelming presence of serious theatre lovers of Jammu who appreciated not only the enactment by the artists but the direction, lighting and usage of the stage. If day one brought out on stage a complex play, day two was reserved for cheer and laughter invoking an interesting situation juxtaposing Delhi of Yesteryears and New Delhi of today using a well known character of the past Mirza Ghalib. Praising high about the richness of life in Delhi Ghalib had written ‘kaun jaye Ghalib, dilli ki galiyon ko chod ke’, over the years Delhi has changed a lot and New Delhi certainly is not what old Delhi used to be. Pierrot’s theatre group staged Ghalib in New Delhi under the direction of Dr.M.Sayeed Alam. It was a comic take on what will happen if Ghalib returns to this world again in the present times. The narrative of the play and the stage enactment mesmerised the audience and they often broke out in animated splits of laughter all through the presentation.
For two days in succession, the theatre lovers of Jammu were doled out world class stage performance that thronged the auditorium in large numbers and duly appreciated the efforts of Radio Kashmir Jammu and its Station director V.K.Sambyal for reviving the old charm of high quality performances back to the town. Mr.Sambyal thanked the overwhelming support of the audience for all the efforts of Radio Kashmir Jammu and also thanked Mr Danish Iqbal and External services Division and also Urdu Service of All India Radio for honouring Jammu as the destination for celebrating their 75th and 50th year of illustrious service to the audience of India.
Contributed By :- Shri.V K Sambyal 'Rangeeley Thakur', Station Director <sdrkjammu@gmail.com>

Posted by PRASAD KARADKAR at 6:30 AM No comments:

Aiming to provide content that is of practical use to farmers across the country on its soon-to- be-launched 'DD Kisan' channel, public broadcaster Prasar Bharati is working out strategic partnerships with elite scientific and other institutions.
Preparations for the launch of this "niche edu-tainment" channel, which could go on air in April, are on full-swing and tie-ups with several experts' bodies are being explored and finalised, officials said.
Interactions are on with the Indian Meteorological Department (IMD), National Commodity and Derivatives Exchange (NCDEX), Indian Agriculture Research Institute (IARI) and other such bodies to ensure that the channel can provide accurate information and expert advice on everything from district-specific weather updates and commodity prices to the latest technologies.
The upcoming channel could have a ticker with up-to-date information from various 'mandis' across the country. The information in this respect will be obtained from NCDEX, sources said.
"It will help farmers compare the prices of their products in different markets," an official said.
Prasar Bharati chairperson Dr A Surya Prakash and other senior functionaries are learnt to be in touch with officials in the Ministry of Earth Sciences and IMD for weather-related inputs.
"IMD has a very accurate district-wise system through which it can make crop-specific weather forecasts and they also have a mobile-app through which they are in touch with lakhs of farmers. But through the Kisan channel, this essential information would reach farmers in the remotest parts of the country," a source said, adding that a studio of the channel will come up in the Agricultural Meteorology Division of IMD at Pune.
With district-based weather forecasts aired for specific crops twice a week, the channel will bring an essential scientific input to farmers, officials said. They added that they expect equally vital information to flow from the scientists of IARI in New Delhi, where another of its studios for the Kisan channel is proposed to come up.
Source and Credit :- http://www.business-standard.com/article/pti-stories/pb-working-on-tie-ups-with-imd-ncdex-for-dd-kisan-channel-115032900076_1.html

Posted by PRASAD KARADKAR at 5:30 AM No comments: