Generation of nostalgia after 14 years - DD News Readers from 70s 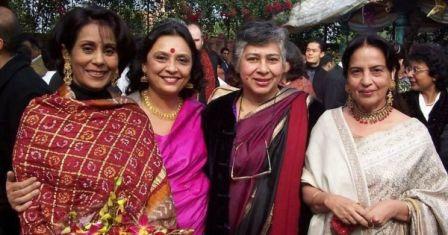 Gitanjali Aiyar was one of the first English news presenters who joined the national broadcaster in the year 1971. In her over 30-year career at Doordarshan Gitanjali was awarded best anchor person four times . A few months ago, a photograph taken in 2003 featuring four former news presenters suddenly went viral. All four of them belonged to a generation of female newsreaders from the 1970s, before the era of cable television. Gitanjali Aiyar, Minu Talwar, Neethi Ravindran and Salma Sultan, the four women in the photograph, had never imagined that a casual picture from a friend’s wedding would suddenly generate such nostalgia 14 years later.