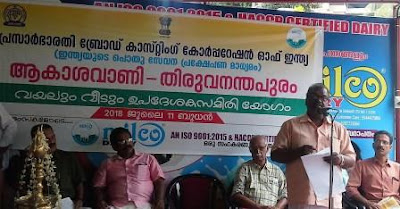 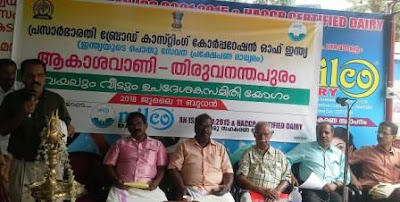 This time, the RPAC meeting was an example of how All India Radio can intervene to create changes in society and the lives of people. On the basis of the discussions in Farm and Home RPAC meeting, two pro-farmer decisions were taken by the Block Panchayath of Chirayinkeezhu on two important issues faced by farmers. First was the lack of emergency medical care for cattle at night time. Second were different issues, primarily with handling bio-wastes including cow dung and urine and their management and related pollution. These issues were raised by farmers and were discussed in the RPAC meeting. Shri. R Subhash, President of Chirayinkeezhu Block Panchayath, had earlier inaugurated the RPAC meeting. Participating in the discussion, he announced at the meeting itself that the Block Panchayath will prepare and implement projects, in association with Melkadakkavoor Milk Producers’ Co-operative, to handle these two important issues of farmers. Thus, the Farm and Home programme of All India Radio was able to directly intervene in a farmers’ issue and initiate resolution for the same. All India Radio acted as a bridge between the masses and the authorities, thereby performing the intended role of a real Public Service Broadcaster.

Posted by PRASAD KARADKAR at 7:00 AM