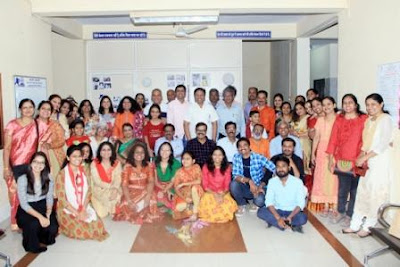 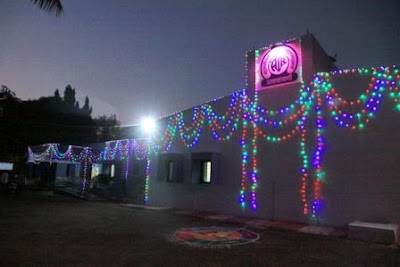 On this occassion the whole office campus wore a festive look. Main office building & studio was decorated like a bride.

In the evening a small get together of  assignees & staff was arranged in the premises of AIR Nashik The programme contained poems, comedy skits & various performances  which were presented  with great enthusiasm & loudly applauded by all. 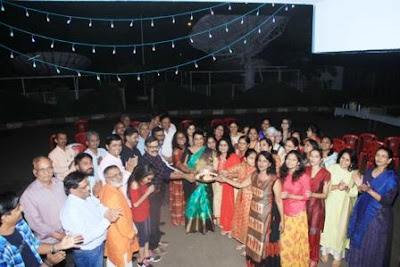 In India, it is customary to perform the ceremony of moving lit lamps for the one whose birthday is being celebrated, which is called Oukshan (औक्षण). Hence Oukshan of AIR Nashik was done by all in the evening.. Sh Mangesh Naik AE DMC Nashik  Sh Dilip Patil Engineering Head AIR Nashik & Sh Shailesh Malode HOP expressed satisfaction & happiness for the celebrations of the event.
Posted by Yogesh Hoshing at 8:30 AM