Inspiration - This man quit his job at Google to sell samosas, has a turnover of Rs 50 lakh. 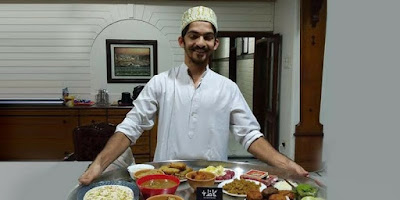 Very few find the courage to leave behind a secure and stable life in pursuit of their passion. Munaf Kapadia quit his well-paying job at the multinational giant Google to sell samosas. His conviction and hard work paid off and, today, his company has a yearly turnover of Rs 50 lakh.

For most IT professionals, landing a job at Google is a dream. Not only does it have a brand value, but it also assures the employee of a good salary and stability. However, Munaf left his job at Google to sell samosas and is now the proud owner of The Bohri Kitchen (TBK) in Mumbai.

Munaf got his degree in MBA a few years ago and left the country after a couple of years of working here, and started his stint at Google. However, after working for a few years for Google, he wished to explore better opportunities. The idea of starting his own business struck him and he returned to India.

Munaf’s mother Nafisa had a keen interest in watching cooking shows on television and is an excellent cook herself. Taking tips from his mother, he decided to open a food chain. He let a few people sample his mother's food. The idea to invite people over for a paid meal was a hit and that’s how The Bohri Kitchen, a concept food dining experience in Mumbai, was born.
There is a demand for TBK’s samosas among famous celebrities and five-star hotels. A variety of dishes other than samosas is also sold here such as nargis kebab, dabba gosht, and many others. Despite this restaurant being only a year old, it has a turnover of Rs 50 lakh. Munaf wishes to expand and increase the yearly turnover to nearly Rs 5 crore in a few years.

His restaurant is so famous that people wait in long queues to get their turn. Munaf has
been featured in the Forbes Under 30 list and credits his entire success to his mother.
Source and Credit: https://yourstory.com/2017/07/munaf-kapadia-samosas-google-restaurant/
Posted by Ujwala Bhave at 6:30 AM