How can u help Can inform others to join, Can contribute to the blog by authoring stories

How can u help Can inform others to join, Others as listed below

Suggestions/Message
Thanks for commentment for300 KW MW Tx at AIR Suratgarh completes 31 years of its glorious service to the Nation on 22.02.2012. I proud my station that gives me batter achivement of technical & social. We thanks all Akashwani Doordarshan Parivar administrative, engineering, programme and news persons who have worked tirelessly to bring the to this stage and those who are still working at the station and contributing their pie for upliftment of local masses.

Posted by PB Pariwar at 6:06 PM No comments:

Sh. Prem Chandra Gupta - Next instalment Down the memory lane

Posted by PB Pariwar at 5:52 PM No comments: 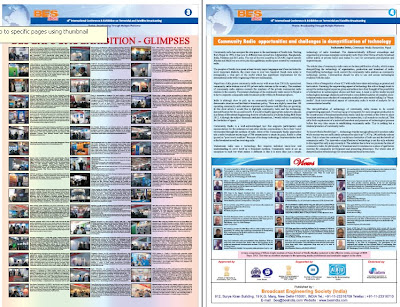 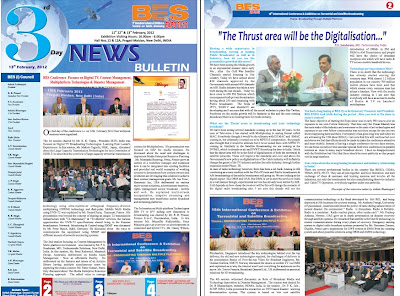 Posted by PB Pariwar at 3:58 PM No comments: 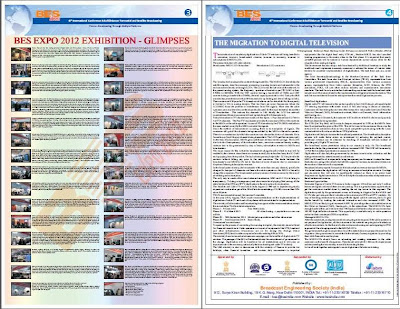 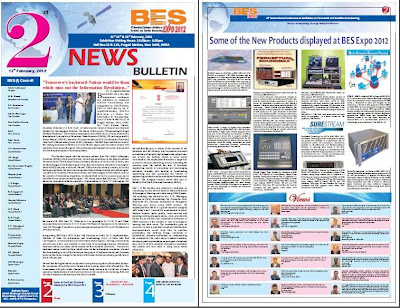 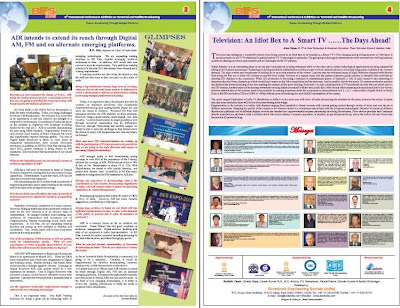 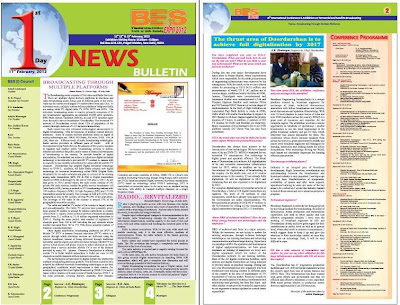 Posted by PB Pariwar at 3:53 PM No comments:

On transfer from P&D Unit, DG, AIR, I joined AIR Leh (situated at about 11,500 feet altitude) in May, 1986. I stayed there for full tenure of two years, up to May 1988. Due to extreme cold weather and less content of oxygen in air, staff posted at Leh from outside has to face endless difficulties (being discussed later on) to live there. During my stay Shri S.P. Bhatikar, than E-in-Chief, G.S. Sahi, acting CE(C) and Shri Balgopal, Dy. Secretary of Ministry of I&B visited Leh in 1987. Most of the problems were explained to them. Matter was advocated for reduction of tenure to one year at par with tenure of Indian Airlines, Central School, Telephone Deptt, which was only one year.Shri Balgopal, Dy. Secretary of Ministry of I&B, in his report recommended for reduction of tenure to one year, to mitigate the problems being faced by staff at Leh. However no action was taken by DDA(E), DG, AIR. So I requested Shri I.L. Bhatia, DDA(Welfare), DG, AIR to take up the matter as welfare measure for staff at Leh. Subsequently, I had been pursuing Shri Bhatia for the same. Finally, order for reduction of tenure to one year at Leh was issued by DG, AIR in February, 1988. Because of extreme cold whether at Leh, working period is limited. Highway between Leh and Srinagar also remains closed from middle of November to middle of May. So everybody has to stock daily use items for six months. Alternatively, one has to buy daily use items at very high rates during six months. Further during this period vegetables are not available in market so you have to depend on pulses only. Without tomato, cooked pulses becomes tasteless and we are not able to relish meals. Few venders bring vegetables in flights and than sell at extremely high rates. I had to purchase tomatoes @ Rs. 40/- Kg in January, 1988 when tomatoes are available @ Rs. 2/- Kg in Delhi. Similarly, grounded wheat (atta) was not available in market and I had to manage with rice only. The temperature at Leh remains below subzero for at least three months from December to February. During this period, one has to arrange ‘Bukhari’ for heating his bed room at his own expanses. Further, hot water bottles are used to keep the bed warm before going to bed for sleep. You have to take hot water to toilet before going for natural call in the morning. Supply of LPG cylinders is restricted from middle of November till stock exhausts. Further supply of LPG cylinders is not available after February / March. Thus one has to use Kerosene oil stove and keep LPG cylinder as standby for emergency requirements. Oxygen content in air is also much less as compared to normal .i.e. 20% as usual. Because of less oxygen you can not walk fast even for small distance. Further oxygen content in air decreases during winter season i.e. from November to March. Trees are without leafs during this period. Weather is also dry. Everyone is advised to take vitamin ‘C’ daily and apply ‘Boroline cream’ to avoid dryness.Very heavy woolen cloths and bedding are required to safe guard yourself from extreme cold weather. Everybody has to use hand gloves and cap. You can’t afford to touch the metallic door handle without hand gloves. In case, you open the door (using metallic door handle) you will find that your hand skin is wrapped around the metallic door handle. There was no power supply connection to office and AIR colony from State Electricity Board. AIR office and colony has to depend on Diesel Generator’s supply. One 62.5 KVA DG set was available for feeding supply to AIR colony. However, whenever there was a problem in DG set meant for office, supply of colony was disconnected and 62.5 KVA DG set (meant for colony) used to feed power to office. Residents were not allowed to use heaters at home. Coal Bukharies are used for heating the office rooms. As already explained, one has to arrange ‘Bukhari’ for heating his bed room at his own expanses. In nutshell, difficulties are uncounted and we have to live with. In fact, life is a challenge you have fight with difficulties to achieve goals. It was a nice experience to stay at such high altitude (about 11,500 feet altitude).With regards,H.K. BharaniRetired Dy. Director General,From O/o ADG (E) (NZ)

AIR will live for another century atleast

All India Radio will live for another century atleast. Witnessing over thousand keen listeners coming on foot from distant villages in the small town in North East, defeating chilling winter and cold waves, with their kids tied on their back reassures me of the statement, AIR still makes waves in the hearts of these poor (?) villagers, real masters of the democracy.

Where as many radio channels bring beautifully composed, popular, famous, english hindi film songs to the populace, it is All India Radio who carries the voice of these people on it's airwaves, thus making them not mere listeners but

photos of a concert organised at an village in meghalaya at Taxi/ Bus Stand on a market day, right among the people and was so encouraging and satisfying to see them sitting on treetops, above the buses/ sumos, on the railings...


I recalled Bapu, our father who always peeped through their eyes....

Ashish
Posted by PB Pariwar at 4:02 PM No comments:

How can u help Can inform others to join

Message i love all india radio

How can u help Can inform others to join, Can write for betterment of AIR / DD, Can contribute to the blog by authoring stories

How can u help Can write for betterment of AIR / DD

How can u help Can inform others to join

Posted by PB Pariwar at 3:50 PM No comments:

To me the earliest memory of AIR is of the signature tune during the student days. The day always began with the signature tune of AIR (which is now the caller tone on my cell phone) and it remained with me studying till its closure, late into night. By the time National Channel started I was an addict. Therefore, it was a natural progression to be associated with it. I still remember the signature tune of Hawa Mahal and 'Chandro Ki Amma'.

I was in college when I first ventured into AIR premises, Broadcasting House, and met Mrs. Joshi of the Yuvavani channel. Though a stern lady, surprisingly she had a soft corner for this thin, almost amanciated boy from the hills. Thus began my journey in Akashani. I still recall the Mehfil and Manbhavan programmes that I presented on Yuvavai. Then she cajoled me into going to the Trade Fair at Pragati Maidan armed with the heavy recorder. But then I was a star with that mike recorder selecting young beautiful girls for interviews etc. Many a friendships were forged thanks to the recorder.

By the time I completed my graduation from Delhi University, I was hooked. Though I was preparing for the Civil Services examination those days, I found time to be in Broadcasting House. This was the period Akashani had the ubiquitous glamour, even though television (Doordarshan) was making its presence felt slowly through Chitrahaars and Sunday films.

My initiation into Indian classical music was made in Studio No.1 where the National Orchestra (Vadyavrinda) used to rehearse in the evenings. Established and rising stars of classical music used to attend these and late into evenings concerts and recordings were held. Mr. Sharma, who retired as Deputy Director (from National Channel I think) was my guide alongwith another renowned musician Producer/PEX whose name I am unfortunately unable to remember at this moment. One particular concert I still remember and cherish was that of Pandit Gopal Mishra, the best Sarangi player of his time.

Posted by PB Pariwar at 1:04 PM No comments:

AIR Hyderabad completes 77 years of its glorious service to the Nation on 03.02.2012. The station has served all sections of society and has been catalyst for changes and development in the region transforming the lives of lacks of common folks.

Akashwani & Doordarshan Parivar is proud of hundreds of administrative, engineering, programme and news persons who have worked tirelessly to bring the station to this stage and those who are still working at the station and contributing their pie for upliftment of local masses.

It’s time to congratulate all of them who have been directly or indirectly associated with the station. We invite all our friends to post their comments to appreciate their efforts. We also request the employees/ex employees of the station to share their experiences and thoughts on this day by adding them in the comment or mailing to avsmanch@gmail.com

Posted by premchandra gupta at 10:41 PM No comments:

It was my first inauguration in my career. I was working in the then Regional Engineer's Office (WZ) as DARE. I was there alongwith Shri S.R. Mate, the ARE. My specific task was to set up and maintain the STL for live coverage of the inaugural function. The STL was a 50 W VHF Transmitter with something like 25 vacuum tubes, almost the size of a full rack! The event passed off smoothly. I enjoyed the cultural show also. Prior to this, I had gathered acquaintance with Jagadalpur by travelling all the way by bus from Raipur (hardly 4 towns on the way), and taking food in very ordinary hotels (they were supposed to be the best then!) with dogs roaming around. I also visited Chitrakoot falls. Interestingly, Jagdalpur had rail connectivity. It was primarily to transport ore. There was one train a day in which a few passenger coaches were also there apart from Goods from Waltair. Waltair, now is Visakhapatnam! Much much later, (in 2001) I just had a chance to drive through Jagdalpur on my way to Delhi from Vizag. I could not really get down and refresh my memories, but I had wondered how Raipur had changed a lot.

And believe me, of all the places, I happened to meet a BE classmate of mine at jagadalpur!

My best wishes to the organizers of this Blog site. I am yet to formall join, but will join soon.
Posted by PB Pariwar at 8:23 PM No comments: