Posted by Unknown at 6:18 PM No comments:

Bored at the Oscars


At last there was something to cheer about: India won a test match and the Master Blaster blasted his critics out of the stadium and TV studios; there was captain punishment for the Australian bowlers. And an honest, impartial appraisal of Prasar Bharati on Prasar Bharati's DD News — almost as rare an occurrence as a papal retirement. Also, a ringside view of the Oscars, a good thing if you supported Argo, Life of Pi and Lincoln, but less so if you were Charlize Theron and her chest cavity.

Messages from CEO and M(P) 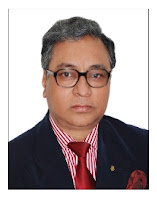 28th Feb 2013, today again we will be losing some of our excellent officers due to superannuation. These officers have given their best years in building up AIR and Doordarshan and this organization will always remain obliged to their contributions. I call upon all working PB parivar members to put in their best efforts in carrying forward the good works initiated by these seniors.
Best wishes from me and whole Prasar Bharati team. Please remain connected.
Regards, Jawhar Sircar

Very sorry to hear about death of one of our officer's son in accident. Pl convey deepest condolences.
Regards, Jawhar Sircar
Sent from BlackBerry® on Airtel


Dear Gentlemen,
You had been part of History of India.