Broadcasters Predicted to Complete Move to IP by 2025 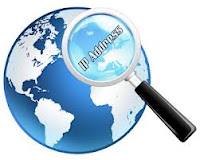 Research conducted by Futuresource Consulting, on behalf of media transport specialist Nevion, has found that the use of IP within the broadcast environment is gaining momentum and predicts that broadcasters will be using IP for live production in the next 10 years.VPs of technology and chief engineers from leading broadcasters in eight countries were interviewed. Respondents were asked about a specific workflow within their operations to understand how this nominated workflow is used, discover what the pain points are and to gain an insight into their opinions on IP within live production.

“IT equipment and software has been present within the broadcast industry for well over 15 years now, with file-based workflows used widely around the world. The last area holding out from the transition to IT based system and architectures is live production, the most precious but also most complex form of content production,” says Adam Cox, senior analyst, broadcast & professional video equipment, Futuresource.

According to the research, 41% of respondents said they had already begun the transition to using IP in live production. This includes production types like the broadcasting of large set-piece events, such as the Olympic Games or World Cup (where in 100% of the identified workflows the transition had been started), regular large events, such as festivals and weekly football matches (63%), and production of live, studio-based TV shows (33%).

Interestingly, only 7% of respondents said they had no plans to transition to IP in live production. These responses cover the areas of regular large events and regular daily events. Going forward, it is huge set piece events and TV shows recorded as live that will lead the transition with 50% of respondents anticipating the move by 2020.“We may still be the in early days of the transition to IP across the whole production, but the trend is gathering pace,” says Geir Bryn-Jensen, CEO, Nevion. “So while they’re not replacing their SDI infrastructure wholesale in their facilities, the change is happening and the foundations for a migration to IP are being laid now.”

Forwarded By: Yogesh Hoshing,yogeshhoshing123@gmail.com
Posted by Sangeeta Upadhye at 7:10 AM