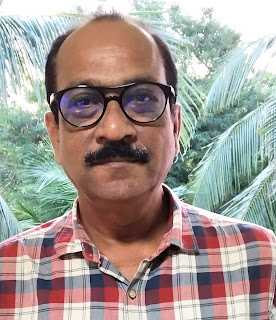 Joined as a Production Assistant on 20.08.1982 at DDK, Cuttack, Shri Bikash Das was transferred to DDK, Bhubaneswar in November'1992. During his service period of more than 37 years, Shri Das has worked in many Kendras like Cuttack, Agartala, Bhawanipatna and Bhubaneswar dedicatedly. He was promoted to the post of Programme Excecutive in November'2003. While working at DDK, Bhubaneswar, he has produced some musical/entertaining programmes like Amari Geeta Amari Swara, Raga Anuraga, Jhankara, Musical Feature on Mayadhar Mansingh, New Year Programmes which were immensely popular among viewers. His style of giving replies to the viewers queries in the programme "Apananka Mata" has endeared him to the viewers of the State.For some time, he was also a News Producer of the Kendra. As a Music Composer he has made a mark for himself. He is a knowledgeable , dedicated, hard working and disciplined employee of the organisation.