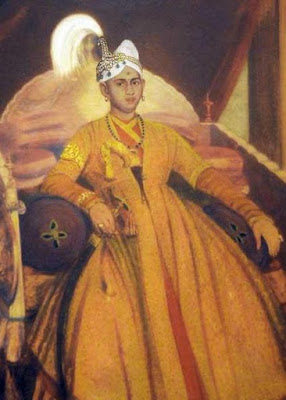 The long and unprecedented lock down and related issues has not dampened the spirits of listeners of AIR in the state as well as abroad, as the stations have kept to AIR’s tradition of keeping head high in times of distress. While providing all necessary information during these troubled times the stations have kept the balance by catering the listeners’ interest also.

AIR has been observing the Jayanti of the Composer King Swathy Thirunal for over 3 decades now. Maharaja Swathy Thirunal Rama Varma(1813 - 1846) of the erstwhile princely state of Travancore is often regarded as the King among Composers and Composer among Kings. He established himself as an administrator and composer, within a short life span of 33 years. He has penned nearly 400 compositions in various languages and promoted the spread of art and culture in the state. In fact Maharaja Chithira Thirunal Rama Varma, a successor of Swathy Thirunal, was instrumental in commissioning the Travancore Radio, which later became a part of AIR. Even today AIR Thiruvananthapuram functions from the stately palace Bhakthivilasam, which was once the official residence of the Diwan of Travancore.

Over the years the AIR stations in Kerala have been jointly organizing the Swathy Music festival for 10 days, featuring night concerts(9.30 to 11 pm) by eminent artists, presenting compositions of Swathy Thirunal. The same would conclude with a three and a half hour long live music presentation on the Swathy Jayanthy day( this year 7/5/2020) at Levi Hall, a part of Rangavilasom Palace complex in Thiruvananthapuram.

As in the previous years, all participating stations(Thiruvananthapuram, Thrissur, Kozhikode & Kannur) had geared up for arranging stage performances by eminent artists to be included in the festival. However with the spread of Covid and related lock down, all stage performances/ studio recordings had to be cancelled. But the never say die attitude of the organization prompted us to think otherwise. We brushed up our Archival resources and renamed the programme Swathy Sangeetharchana(offering of music), as the word “festival” doesn’t suit the occasion. This in the end turned out to be a connoisseur's delight – with stalwarts in the calibre of Parassala Ponnammal, Manda Sudharani, Dr. Panthula Rama, K.Girija Varma, Mathangy Sathyamoorthy, Dr.Cherthala Ranganatha Sarma, A.E.Vamanan Nampoothiry, Kanjangad T.P.Sreenivasan(all vocal), A.Ananthapadmanabhan(veena) and Mysore Nagaraj & Manjunath(violin) enthralling the listeners home and abroad, with the gems from Swathy Thirunal’s compositions. We have been receiving feedbacks from common listeners to noted musicians regarding this timely action. This musical fiesta will be concluding on 7th May with our talented staff artists rising to the occasion and presenting fresh recitals. On the concluding day, we have 2 recitals from archives by veteran Vettikkavala K.N.Sasikumar on the Nagaswaram and the exuberant T.M.Krishna’s 45 minutes rendering. This will be followed by a fresh presentation by staff artists - S.R.Mahadeva Sarma(violin) and A.L.Manjula Rajesh(vocal), supported by Muttara B.N.Raveendran (Violin) and Nanjil Arul and Mavelikkara Rajesh(Mrudangam). The sangeetharchana will conclude with a renderings of Swathy Bhajans by ADP and noted playback singer, G.Sreeram. Incidentally G.Sreeram will be bidding farewell to the organisation this month, on retirement.

Besides we will also air a play ”Omanathingal”, based on the life of Swathy Thirunal on 7/5/2020 at 9.30 pm. This play was included in the 10 iconic plays already uploaded in U-tube.

Yes – a challenge will bring out the best in you.