All India Radio Bengaluru has uploaded 24 interviews of luminaries including poets, actors and filmmakers under the Akashavaniya Amoolya Dhwani Bhandara section 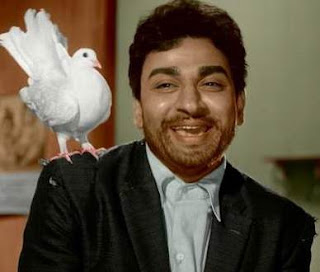 All India Radio (AIR) has taken a leaf out of Doordarshan’s book. Since the lockdown, Doorsharshan has been airing its iconic shows like the Ramayana and Mahabharath and has seen a massive jump in viewership. “We have taken a different route with Akashavani,” says N Raghu, Assistant Director of Programmes, Akashavani, Bengaluru.

“Over the last fortnight, we have uploaded 24 interviews of luminaries of Kannada art and culture under the Akashavaniya Amoolya Dhwani Bhandara label. These interviews were recorded at the Akashavani studios over the last six decades. This content will be accessible on hand-held devices and will be a good way for new listeners to connect with their literary and cultural roots.”

The exercise will be a continuous one for Akashavani as they have hundreds of interviews in their archives. “It is a treasure trove of iconic personalities sharing their thoughts on their work. Poet DR Bendre’s interview had 8,000 views on the day of release. The interview was done in 1973 when the Jnanapeet Award was announced for his poetry collection, Naaku Tanti (1964). The response has been overwhelming. We realised that people of all age groups were genuinely interested in literature, poetry, music and films.”...