Govt proposes to raise airtime for advertisements on Community Radio to 12 minutes from 7 minutes per hour: Javadekar 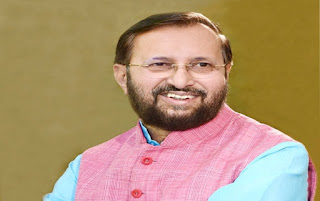 Information and Broadcasting Minister, Prakash Javadekar today said that government is eager to raise air time for advertisements to 12 minutes from 7 minutes per hour on Community Radio Stations to bring them at par with TV channels.

On the key demand of Community Radio of broadcasting news from their platform, the Minister assured that he will consider it. He prodded stations to play key role in combating fake news menace by verifying it through local sources. He invited stations to share it with All India Radio so that the reach of the truth can be amplified. He added that the Ministry has created a Fact Check Cell under PIB and the Community Radio can complement the role of Fact Check Cell.

Mr Javedkar said, that fake news is very dangerous and should not be considered as part of press freedom. He stressed on the crucial role of community radios in countering fake news by giving the correct information verified at the local level.

Exhorting people to keep up their fight against Coronavirus, the Minister said, we will drive it away the way we have driven away other diseases. He stressed on the 4 steps to keep themselves safe by staying at home, frequent washing of hands, wearing face mask in public and maintaining social distancing.

Speaking about Aatmanirbhar Bharat Package, Mr. Javadekar said it was a comprehensive package which included reforms for various sectors. He added that the package has been received well and people are happy with the stimulus.

Posted by Jyoti Kaulwar at 6:00 AM