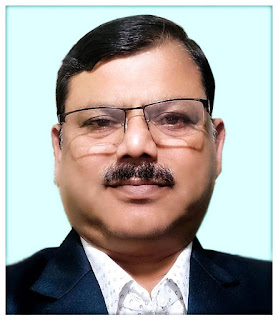 He Joined as a Research Assistant (Re-designated as Assistant Research Officer from 2000) on 31.12.1990 at DDK, Gorakhpur ,Shri Pranabandhu Behera has served many Kendras of Doordarshan in different capacities during his service career of 29 years 05 months.. He has served DDK, Ranchi and DDK, Bhubaneswar apart from DDK,Gorakhpur in his service career. He was promoted to the post of Assistant Research Officer-Gr.I on 17.10.2007 & to the post of Audience Research Officer on 25.05.2015. As a Researcher, he has participated in a wide variety of Programme related Research Projects of Doordarshan varying from Health (Kalyani, Arogya Bharatam), Agriculture (Broadcast/Narrowcast Mode), Rural Development, Sports, Women &amp; Family in India , Terrestrial/Satellite Transmission, Channel Infiltration at Boarder Area of India- Bangladesh to General Viewership( DART ). He has extensively visited many parts of India like UP(Eastern Part), Bihar, Assam, Jharkhand, Chhattisgarh & Odisha in connection with research work. He has received appreciation certificate from DG: Doordarshan for his research work in Kalyani in the year 2004. He has also received appreciation letter from PB Parivar Blog for his contribution to the Blog in the year 2013 &2014. Apart from his day to day regular work, he remained as an active member of Social Media Unit of DDK,

Bhubaneswar, Secretary of DD Staff Quarters Welfare Association for 10 years, Secretary of DDK, Bhubaneswar Recreation Club for 5 years . He has regularly contributed feed back reports on Kendra &Activities in different forum like Rural Advisory Committee (RAC), Inter Media Programme Coordination Committee (IMPCC) for so many years. He has successfully handled day to day assignments of Audience Research Units at different Kendras from 1998 to 2020 and has prepared a number of Reports including Annual Report of the Kendras where he has served. He is a very knowledgeable, hard working, dedicated and disciplined employee of the organisation.

Contributed by :N.D.Mawatwal,Hindi Officer ,DDK, Bhubaneswar
Posted by Jyoti Kaulwar at 8:00 AM