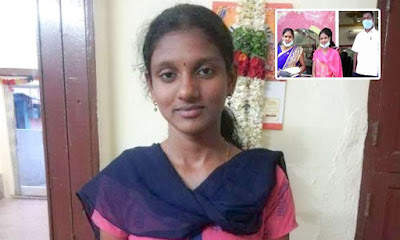 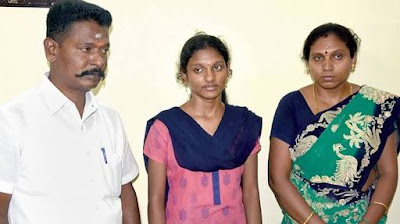 The 13-year-old daughter of a salon owner in Tamil Nadu's Madurai has been appointed as a "Goodwill Ambassador to the Poor" for United Nations Association for Development And Peace (UNADAP).

M. Nethra, daughter of C. Mohan has redefined the way unexpected kindness can be an agent of change.

The UNADAP announced that Nethra will be given the opportunity to speak at the United Nations (UN) conferences in New York and in Geneva addressing Civil Society forums and conferences.

The agency said that it would give her an opportunity and responsibility to connect with and speak to world leaders, academics, politicians and civilians, encouraging them to reach out to the poorest of the poor.

She has also been awarded a Rs 1,00,000 scholarship by the Dixon Scholarship. "We are really overwhelmed on hearing this news," said an overjoyed Mohan, reported Outlook India.

Mohan expressed that due to their humble background, this announcement came as a surprise to him and his family. The Logical Indian had reported on C.Mohan's kind gesture of helping families amid the lockdown, providing them with essentials using the money he had saved for his daughter's education.

Reportedly, it was his daughter, Nethra who was moved by the plight of the people in distress amid lockdown and had urged him to help them.

Mohan then decided to contribute funds that he had been saving for his daughter's education and helped over 600 families with essentials and grocery kits. His salon was closed for two months due to coronavirus lockdown and he had no income during that period yet he selflessly decided to extend help to the needy.

During the radio episode, PM Modi said Mohan, who owns a salon in Madurai, had spent his entire savings to help people in distress during the COVID-19 lockdown.

"Shri Mohan ji runs a salon in Madurai. Through sheer hard work, he had saved Rs 5 lakh for his daughter's education. But he spent the entire amount in the service of the needy and the underprivileged in these difficult times," Modi had said on Sunday.

*When you do something extraordinary, then the Universe conspires to give you many-times more. Not every IAS officer is given a chance to represent UN.*