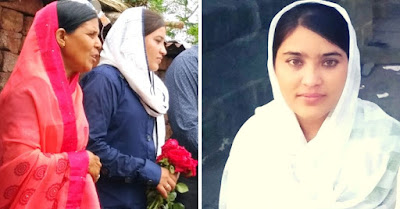 “My mother will no longer toil under the harsh sun in other people’s fields, for I have become a Deputy Collector,” says Wasima Shaikh. She secured the third rank among women in the recent Maharashtra Public Service Commission (MPSC) exams.A resident of Joshi Sanghvi in Nanded district, Maharashtra, Wasima’s journey of cracking one of the toughest competitive exams in India is anything but ordinary.With two earning members, Wasima’s family of eight found it difficult to make ends meet. While her mother is a farm labourer, her eldest brother drives an auto-rickshaw.

Her father’s mental illness was a financial burden. The narrow-mindedness of her relatives added to her woes; they believed that educating Wasima, a girl, was a waste of resources, as she would have to be married off one day.She grew up in abject poverty in a village laden with alcohol addiction, child marriage, illiteracy, and domestic violence. Despite her lack of resources, she went on to top the MPSC.“There are only two ways to face problems—drown in them and look for escapism or improve your circumstances. I chose the latter as my mother and brother extended unconditional support,” Wasima tells .She is currently posted as Sales Tax Officer in Nagpur.Wasima, too, understood the significance of education. She topped the SSC boards in her taluka and pursued her graduation in Arts from Yashwantrao Chavan Maharashtra Open University in 2015.“I studied for all my board exams and MPSC without electricity or any coaching.

“I have experienced grassroots distress first-hand and I realised that people who hold government positions have the power to build a welfare state and empower people through their initiatives. I wanted to be that person who would bring a change and make lives easier.”However, reality hit soon when people told Wasima that she would have to join civil services coaching centres, pay a hefty amount to acquire study materials, and probably even move away from her family.

This is when her eldest brother, Imran stepped in and dropped out in his second year of BSc. He started driving an auto so that Wasima could afford study materials.Wasima joined a coaching centre for six months to understand the exam pattern of MPSC. After that, she studied on her own.
“I analysed the question papers from the previous years to know what to study. Newspapers were another source of knowledge,” she adds.Her exam preparation strategy was simple—to study everything before appearing for the Prelims so that only a revision would be required for the Mains.This strategy bore fruit as she cleared the MPSC written exam in the first attempt. But she failed the interview merely by two marks.This was a blow for the family, for it meant investing another year in preparation.

Fortunately, Wasima was selected as a grade two officer in Nagpur’s sales tax department. She took the job to support her brother’s education and directed him to complete his graduation. At the same time, she continued to prepare for the civil services and gave it another attempt. This time, she became a topper!Wasima shares an important tip for civil services aspirants, “Hard work and consistency are the two keys to crack the examination. Even if you don’t clear it, keep on trying until your final attempt. Do not let your year of dedication and investment go to waste. Just believe in yourself and keep going.”Wasima’s mother studied until class four, and always wanted to complete her education; perhaps even take up a respected job. But due to family pressure, she had to drop out of school and get married early.

This unfulfilled dream pushed her to fuel her daughter’s academic aspirations.

Posted by Rashmi Rimjhim at 4:00 AM