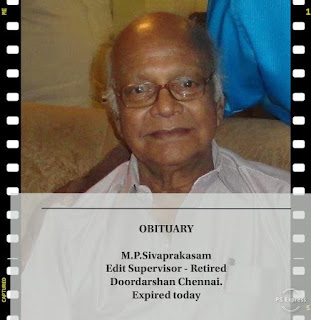 Mr. M. P. Sivaprakasam hailing from Tanjore, started his carrier as a stunned man in the film industry learned martial arts early stages.the film Marmayogi he acted with MGR as a student man, He worked as a Assistant Director in many films a few, Shivaji Ganesan film Thangapadhumai and Gemini Ganesan film Shanthi Nilayam. He was a very good Artist, painting was his passion.

MAY HIS SOUL REST IN PEACE