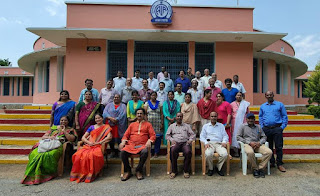 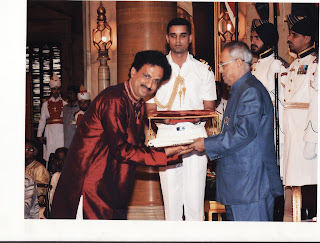 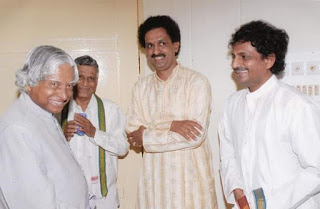 Sri. Mysore M. Nagaraj born on 09.05.1960 in Mudigunda a remote village of Mysore district. He is a, Legendary Violin Maestro from the city of Mysore, is the son and disciple of renowned violinist and Professor of Fine Arts College .S.Mahadevappa. Nagaraj was a remarkable child prodigy who matured quickly to emerge as one of the top ranking violinist in India today. Later on selected for the post of Instrumentalist – A Grade and appoint at All India Radio, Mysuru w.e.f. 11.02.1980. From child prodigy to trail blazer, captivating audiences critics, Mysore Nagaraj has created unrivalled record as star performer in prestigious organizations world over. Violinist par excellence, His performances feature an extraordinary range of musical expressions from the deepest meditations to astonishing virtuosity with outstanding artistic imagination. As critics admit, his concerts are filled with peace, tranquility and exhilaration-result of superbF ingering & bowing techniques creating breathtakingly beautiful melodies. Mysore Nagaraj his virtuoso young brother Dr. Mysore Manjunath make a formidable violin Duet team. They have collaborated with many out standing musicians from all over the world &amp; have performe innumerable Jugalbandhi concerts with many Top-ranking artists in the contemporary music today including Pandith V.G.Jog, Pandith Vishwamohan bhat, Dr.M.Balamurali Krishna,

Tejendra Narayana Majumdar, Ronu Majumdar Dr.N.Rajam, etc. He become one the youngest musicians in Karnataka state to be awarded Top Rank status and continued his contributions to AIR and also propogated Violin in many parts of the world as a cultural ambassador in all European Cultural festival in Leicester, Festival of India in London, Royal charity concert in Kuala Lumpur before the King of Malaysia his Excellency Naquiyuddin, concert before His Excellency. Dr. Sam Nujoma, the President of the Republic of Namibia and academic wor shops-concerts at the University of Delaware, University of Wesleyan University of Chicago

Achievements in short to mention:-

1) Excellence award from Amerial Institute of World Culture
2) Honours from the Amerial Arts Council, Aarkay Inc.,
3) Meritorious Award from University of Oklahoma – USA
4) First Ever Violinists to be invited to perform at the prestigious Milano Music Festival In Italy.
5) First Ever South Indian Musician to perform Carnatic classical Music concert at the world Famous Sidney Opera House in Australia
6) Featured in some of the important radio interviews including ABC, Radio Chicago and Radio Germany.

He was retired from AIR, Mysuru on his superannuation on 31.05.2020 bidding a grand  farewell conducted by Akashvani Recreatin Club in the vicinity of Sri.Umesh, ADP/ HOO., Sri N.Ramanjanappa, ADE, Sri. S. Subramanya – Secretary of Recreation Club, All Music Staff Artists and almost all the members of the staff of AIR, Mysuru.