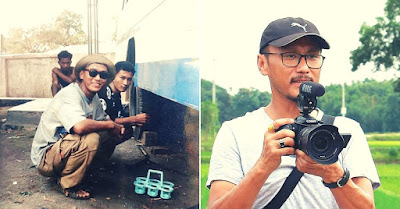 It was back in 2014 when Amarjit Maibam (Amar), a former bus conductor, began documenting the lives of the truck drivers who drive through the perilous National Highways 2 and 37, bringing essential commodities like food grains, fuel and medicine to the residents of Manipur, a landlocked state.

He followed the drivers and their families for five years with his camera, capturing their unique contribution to life in the state, and documented their trials and tribulations along the way.

“I am delighted at how the film has been received. But more than the awards, I am happy that a larger audience can witness the lives of these truckers through my film. This film took five years to shoot because I didn’t want to adopt the standard narrative format of documentary filmmaking. I wanted moments to present themselves naturally and waited for them instead of just shooting for two-three months and using standard voice narration,” says Amar, speaking to The Better India.

Source:The Better India.
Posted by kranti at 4:00 AM