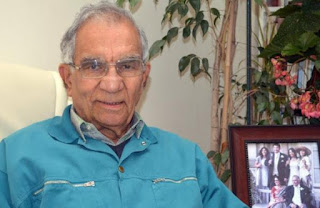 LONDON: Prominent Indian-origin journalist and former head of the Hindi division of BBC World Service, Kailash Budhwar, passed away in London on Saturday after a prolonged illness. He was 88.

Budhwar also worked as a media advisor to the Indian High Commission in London in the past and was a regular commentator on radio and television, having worked with All India Radio and the National Radio Network of India.

"Remembered as a smiling and pleasant person, and often regarded as a beacon of knowledge, Budhwar was one of the most prominent and senior members of the Indian Journalists' Association UK (IJA-UK)," IJA UK said in a tribute statement.

Budhwar was not keeping well and was in hospital for the past few weeks. He breathed his last surrounded by his family.