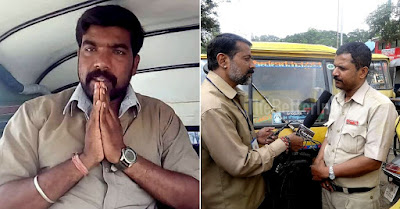 If you ever tuned into Radio Active, Bengaluru, during your long commutes, you were sure to catch Radio Jockey (RJ) Shivakumar hosting a unique show, in which he would go around the city, interviewing auto drivers.What problems does a common auto driver face? What do they eat for lunch when they are several kilometres away from their home? Why are the fares surging? Shivakumar’s candid conversations brought forward a never-heard-before perspective.What made auto drivers open up to this RJ so easily? For one, Shivakumar also drove an auto for a living—he was only a part-time RJ with Radio Active. He also ran the Gurukul Seva Trust in Bengaluru to help underprivileged students.

A man donning many hats, Shivakumar (fondly known as Auto Shivu) was a popular personality in the city. Unfortunately, on May 22, he succumbed to cancer at the age of 54.
Shivakumar had decided to pursue auto-driving as an occupation after being inspired by the 1980 Kannada film, Auto Nag. Much like any hero of a film, he went on to embody a kind, generous and charismatic personality to make his passengers’ ride smooth.There are many reasons why he stood out—and the first was quite literal. In the crowd of black hooded autos, his was brightly coloured, with photos of eminent writers, social workers, freedom fighters.

He started an initiative, called the Gurukul Seva Trust, to help underprivileged students with books and uniforms. A class 8 dropout himself, he understood the importance of education and didn’t want marginalised students to miss out because of their financial troubles.The man firmly believed that a teacher must always be ready to teach and in turn, the student must respect the guru. “To spread this message, I have written short poems and printed posters that talk of the teacher-student relationship. I have distributed posters to over 1,500 government and private schools,”.


From the money collected in these initiatives, Shivakumar would donate books and uniforms to the needy students. By 2018, he would donate these essentials worth Rs 1 lakh every year!
Source:The  better India
Posted by Rashmi Rimjhim at 4:00 AM