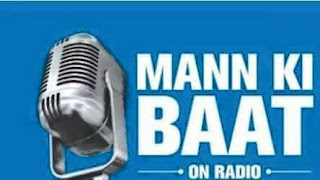 Himachal Pradesh chief minister Jai Ram Thakur will be launching a mass contact programme on the lines of Prime Minister Narendra Modi’s monthly broadcast, Mann Ki Baat, to interact with people of the state on social media, radio and television.

The programme will be broadcast once a month and the state government has sought suggestions from people on an attractive name for it. The launch date will be announced soon. People can share suggestions for the title of the programme on MyGov Himachal portal. The best entry will get a cash prize of ₹5,000. The last date for submission of entries is August 15. The programme will be broadcast by MyGov Himachal portal and the Himachal Pradesh information and public relations department.

A government spokesperson said that the chief minister wants to stay in touch with people of the state through digital means to address the problems faced by them during the coronavirus pandemic. “Considering the importance of technology nowadays and to increase public participation in governance, the chief minister is considering to start the programme,” he said. People can share their views on events besides inspirational works and provide feedback on state government schemes. “The common man can convey his views directly to the chief minister. It will certainly help in redressing grievances,” the spokesperson said.

Mann Ki Baat is a radio programme hosted by Prime Minister Narendra Modi in which he addresses the people of the nation on All India Radio, DD National and DD News.