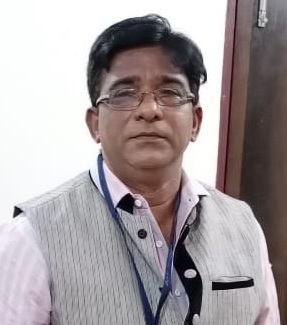 Shri M.R.K.Rao, Assistant Engineer, AIR, Sambalpur is retiring from service on 31st August, 2020 on attaining the age of superannuation. Shri Rao had started his career as Engineering Assistant from AIR, Cuttack on 1st July, 1985. During his 35 years of service career he has served stations like Cuttack, Sambalpur, Tawang and LPT, Padampur under DMC, Sambalpur. He had supervised the Installation works of 10 KW transmitter and acted as Installation Officer for establishment of Emergency Studio at AIR, Tawang. Similarly, he was assigned the installation works of FM Transmitter, Regional News Unit, Refurbishing of Studios and Batliboy Make AC plant in the Studios of AIR, Sambalpur which he completed successfully.

During his tenure at AIR, Tawang, Shri Rao was the producer of the programme "The Celestial Ray" based on the 300 years old Tawang monastery. He used to present "Western Music" and "Geetmala" programmes for AIR, Tawang during 1990-1995.

Shri Rao also acted as the Head of Office and Controlling Officer in respect of AIR, Sambalpur from 2017 to 2019. During his headship he implemented and executed GST, EMS, PFMS, BHAVISHYA, HRIS, NPS, Revision of Pre-2016 Pensioners at the station.

Information about other retiring officers (of all grades and disciplines) may be added on the blog. Please mail details of retiring friends from your station to pbparivar@ gmail.com. Retiring friends may also like to address their friends through this blog for which they can send their photo & write-ups to pbparivar@gmail.com for possible upload on the blog.
Posted by kranti at 5:30 AM